January continued the pattern that we’ve been seeing over the course of the last few months. Sales volume was down slightly from last month (-3%) and significantly from a year ago (-35%). Yet, active listings remain reasonably low increasing 30% over a year ago to 3213 (11% higher than the 10 year average).

It’s still too early in the year to know how the spring will pan out, but so far the market remains fairly consistent. It has not broken out to the upside, nor has it collapsed. Yet, the slow start to sales this year is having an impact on prices.

The most significant price decline is on Vancouver West houses where they’ve declined 14% since last year. The decline in Vancouver East comes in at 9% year-over-year. Other housing types are seeing an easing as well, but only in the low single digits.

Interestingly, it’s only detached homes where sales activity is actually UP month-to-month (7% in Vancouver East and 9% in Vancouver West). We will need to see whether this signals the bottoming of our current market cycle in the coming months. Clearly there are buyers out there in the market that view current conditions as an opportunity. 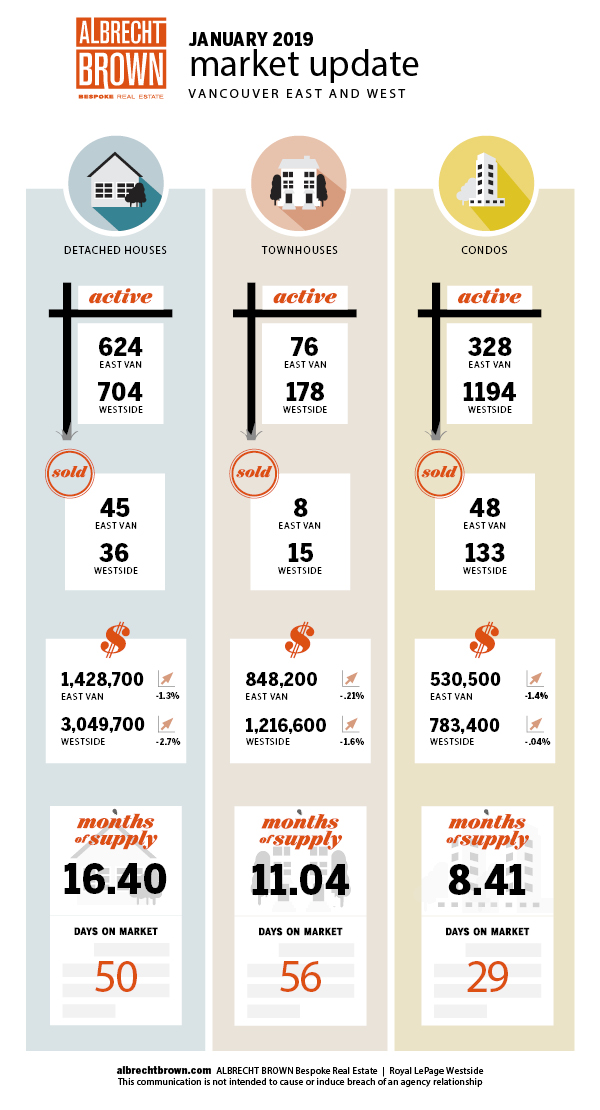