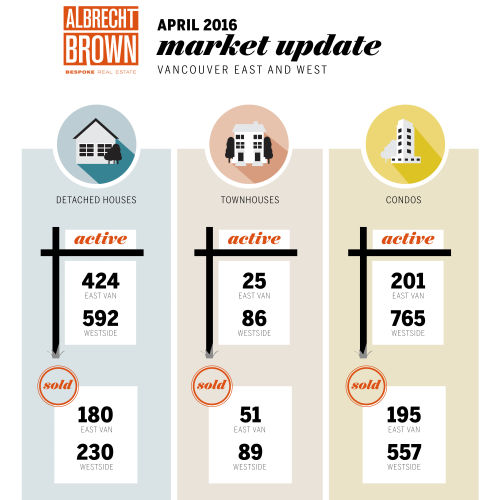 March was a hard month to follow. That month set an all-time record for sales in the REBGV. April 2016 tempered that number somewhat but only by comparison. On it’s own, the numbers for April 2016 were still impressive. The number of sales was the highest for a month of April in the City of Vancouver in the last decade. We also have the least number of active listings in the City of Vancouver over that period (2,149 vs an average of nearly 4,000) by a very wide margin. This combination of increasing demand and shrinking supply continues to drive prices upward with values escalating from 25% – 30% year over year depending upon the neighbourhood. 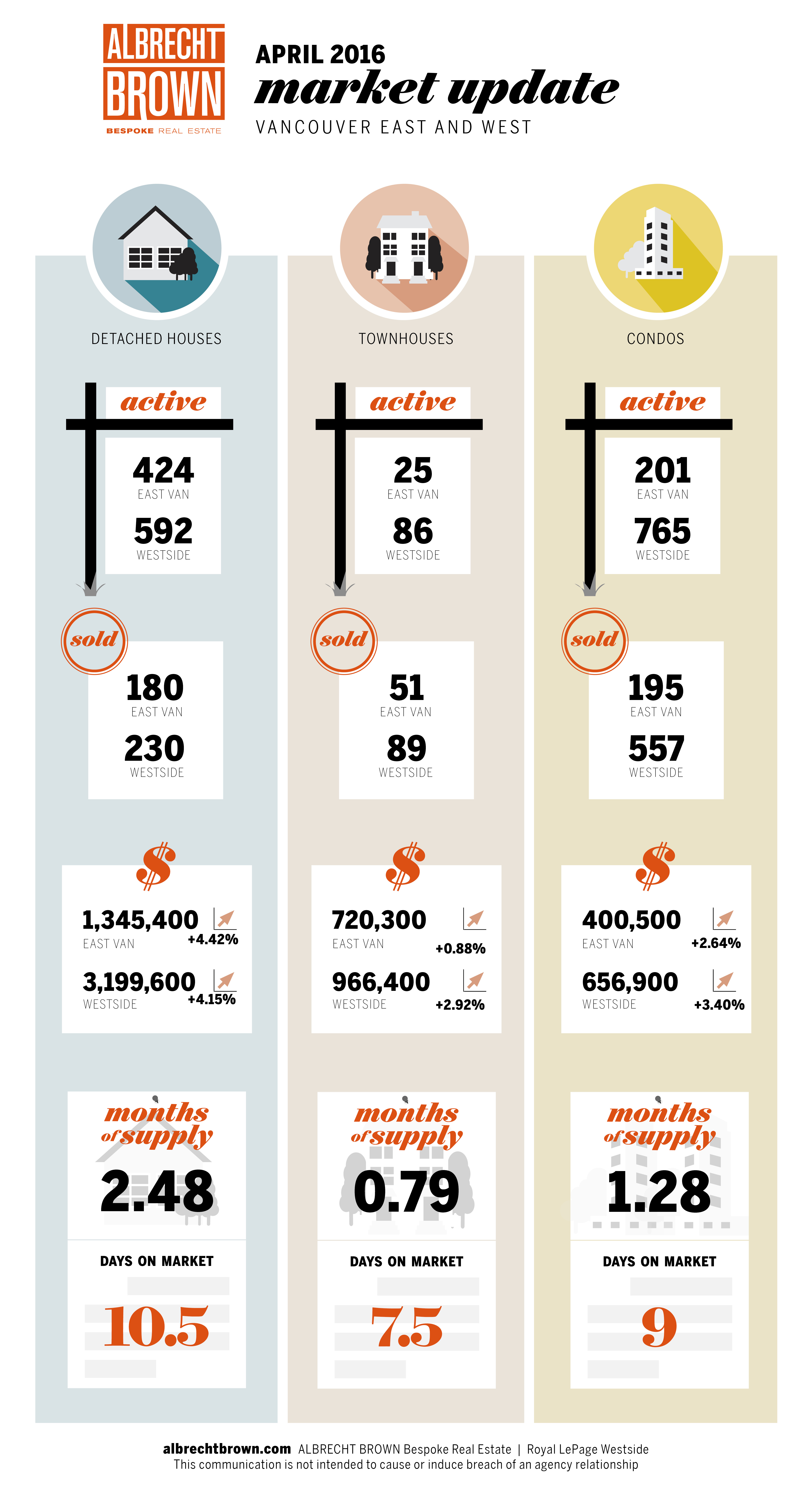