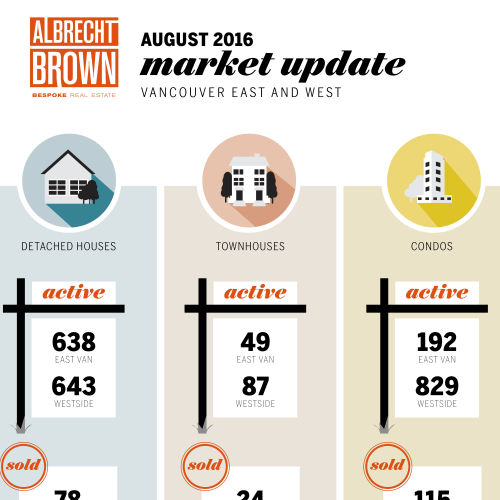 The August Vancouver Real Estate market statistics reflect a market that is adapting to a new reality. That reality is the introduction by the provincial government of the Foreign Investor Tax on August 2nd, 2016. The result was a significant curbing of sales, specifically of luxury detached properties and a sharp decline in the average sales price. What is apparent is that there’s a real differentiation between what is happening in the westside house market vs other segments. For instance, while the number of westside house sales dropped 60% year-over-year, east Vancouver apartment sales curbed only 10% from a year earlier. Additionally, while average prices fell as the top end of the market stagnated the more accurate benchmark prices in Vancouver held firm as the number of active listings (supply) remain at 10 year lows.

With demand continuing to be strong at all but the high end of the market and supply continuing to be constrained, we don’t see evidence in these numbers that a significant market correction is underway. What we do see is an opportunity for a confident investor to step into the market to take advantage of this uncertainty. 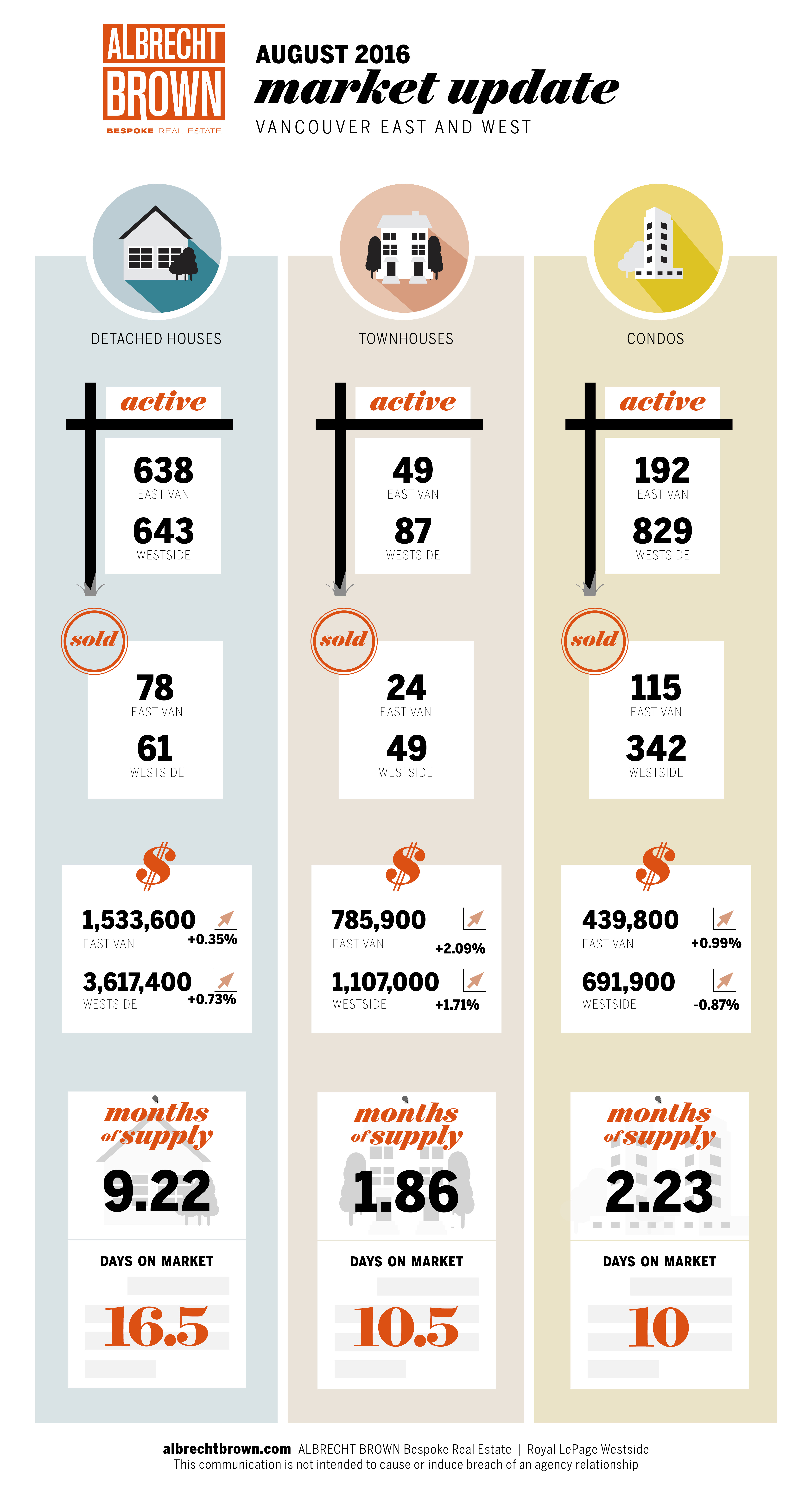