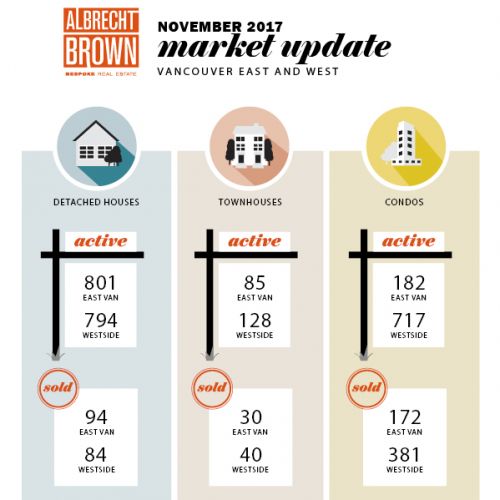 We saw a continuation of recent themes in the month of November. Sales continued to be strong, and local markets continued to drive the majority of activity in the market.
The most amount of activity has been in the “lower” priced condo market that is primarily driven by locals. This is most evident with smaller condos in the center of the city where we are seeing immense amounts of competition. One example, a recent sale of a 600 sf downtown condo that saw 35 competing offers and a sale 25% over asking price.
Meanwhile, the luxury end of the market continued to be quiet. In November, we saw that playing out with westside houses seeing a small month over month decline in prices (the only segment of the market to see such a decline). Meanwhile, the more affordable end of the detached market (namely in East Vancouver) picked up.
We’ve been saying this for the last few months, but it really does appear to be an opportune time to move up from a condo/townhouse into a detached home. The gap between these two segments has narrowed considerably…and it’s likely they will start to spread once more before too long (if historical patterns are any indication). 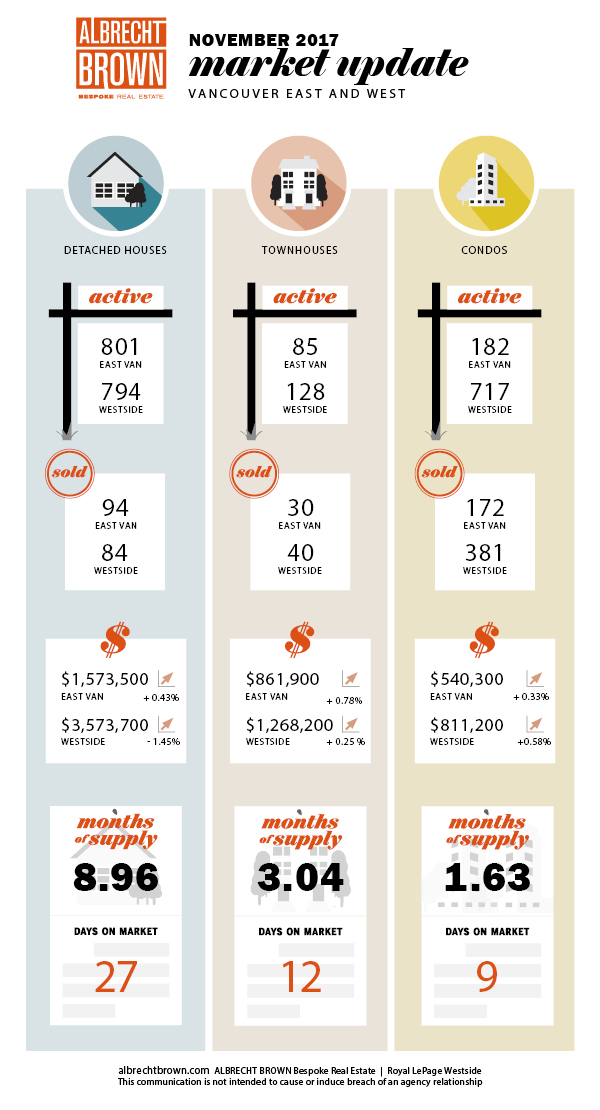