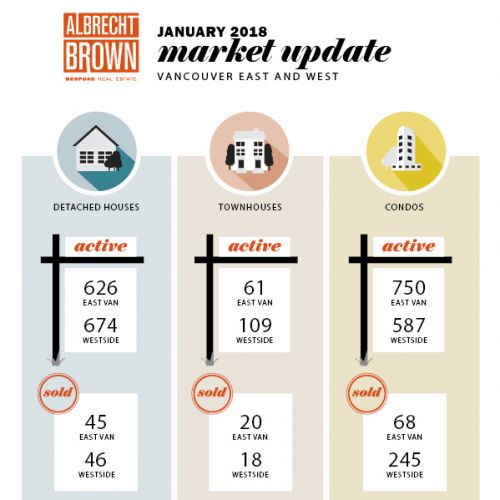 At the end of 2017 we saw a flurry of buyer activity. This was primarily motivated by buyers wanting to secure property before the new mortgage financing rules took effect at the end of the year. Some thought that this could have a negative impact on demand to start off 2018. While the numbers show a slight softening in demand for this time of year, the sales that have been happening at the <$1,000,000 mark continue to have substantial demand.

What we find interesting in these numbers is the opposite direction that detached homes took between East Vancouver and the Westside. East Vancouver house sales dipped nearly 50% from the previous month, while Westside sales increased by 25% (prices remained relatively flat in both cases). Is the high-end of the market seeing a resurgence? Only time will tell, and we will be watching this closely. 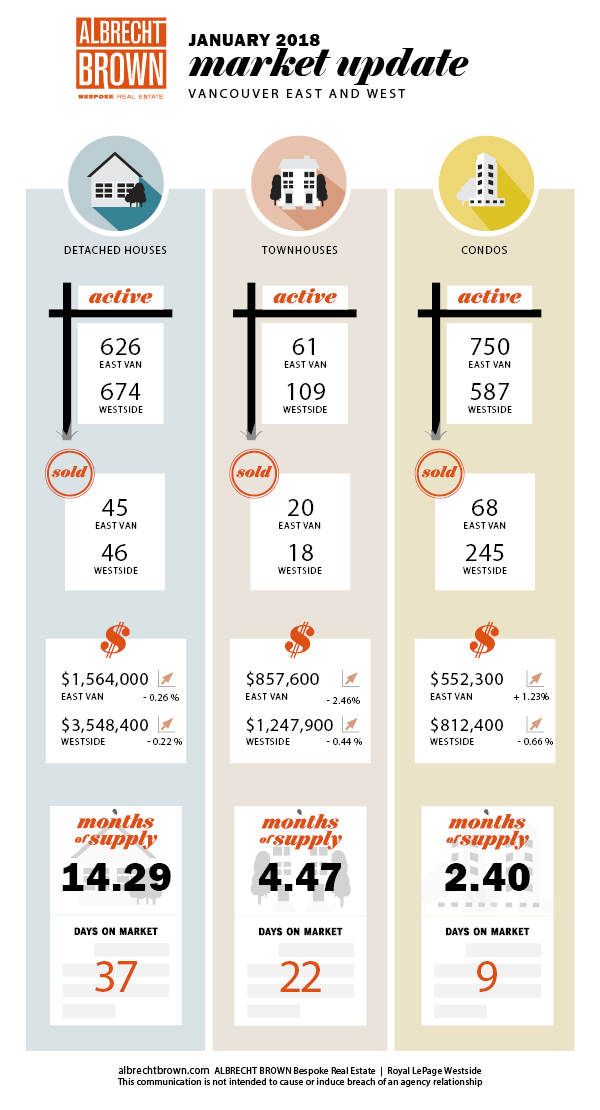