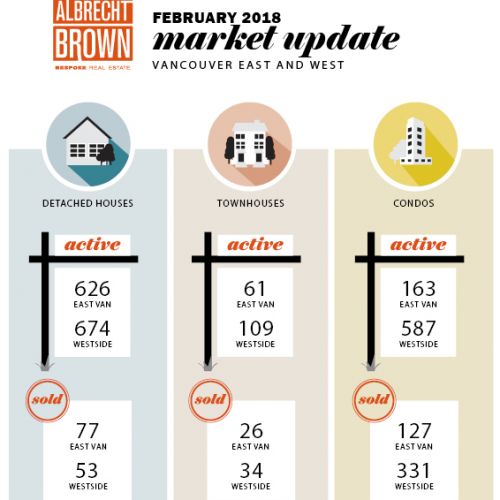 What was most notable in the numbers from this past month was a spike in the value of apartment (condos) from January to February 2018. In that one month, the typical condo on the Westside rose 2.88% and 2.35% on the Eastside. Those are big numbers and they reflect recent activity in the condo market. There’s an enormous appetite for property priced <$1,000,000 and in Vancouver that means purchasing a condo.

Meanhwhile, we see house values continue to slide on a month-to-month basis – down 1.35% on the Westside and 0.23% on the Eastside. We suspect that there will be continued near-term downward pressure on the value of higher end homes on the Westside, particularly given some of the recent tax changes implemented last month by the provincial government.

Overall, sales numbers are well below the 10-year average. We believe this is primarily due to inventory levels also being well below the 10-year average. Demand for the right property is out there, many buyers are simply finding the right fit to be extremely challenging to find. It was expected that the provincial government would take some action on real estate, and on the whole, the changes they implemented were not as significant (at least in Vancouver) as many had expected. We believe that the changes will likely have a short-term negative impact on the >$3,000,000 here, but do little to effect the <$1,000,000 segment of the market. 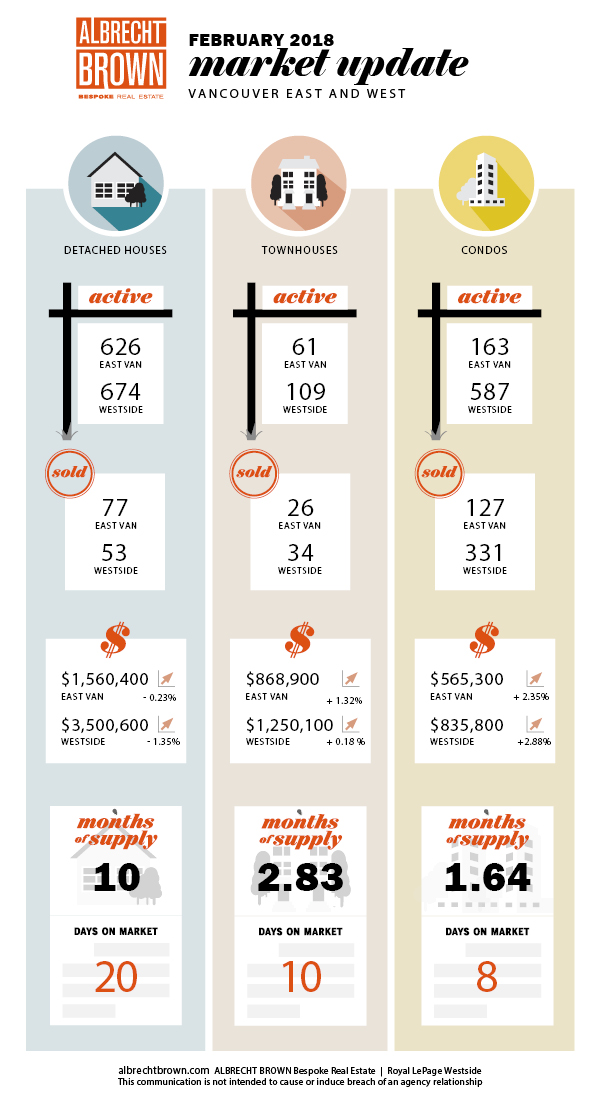