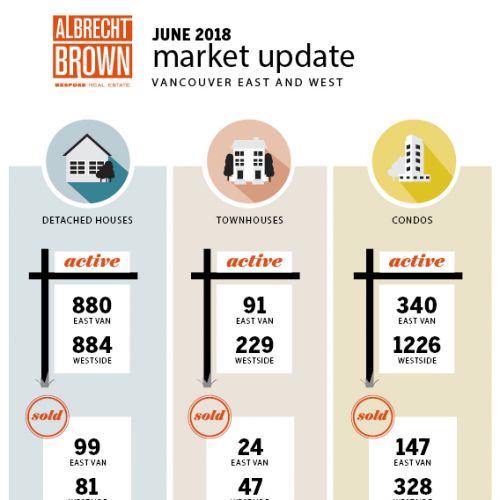 What strikes me about the numbers this month is that prices on all housing types across Vancouver fell in comparison to the previous month. The moves weren’t especially large (a -0.07% decline for westside Townhouses for example) but it was every one. The biggest mover was a decline of -1.11% on westside detached homes. That being said, it’s only westside detached homes that are down year-over-year.

Sales numbers took a hit in June, a normally robust month. The only bright spot was a +11.9% increase in sales of westside Townhouses. The 744 sales of all homes in Vancouver in June is significantly below the 10-year average of 1041. Despite that, we aren’t seeing a flood of new listings hitting the market or a balooning of the total inventory.

It’s become a very complicated and nuanced market. Pockets of it are still strong and other elements are completely dead. There are some real opportunities at the moment, both for buying and for selling…if you know what to look for. In the meantime, we believe that the next couple months will likely meander by with the market doing not much of anything. It will be interesting to see whether strength returns to the market in September and October. 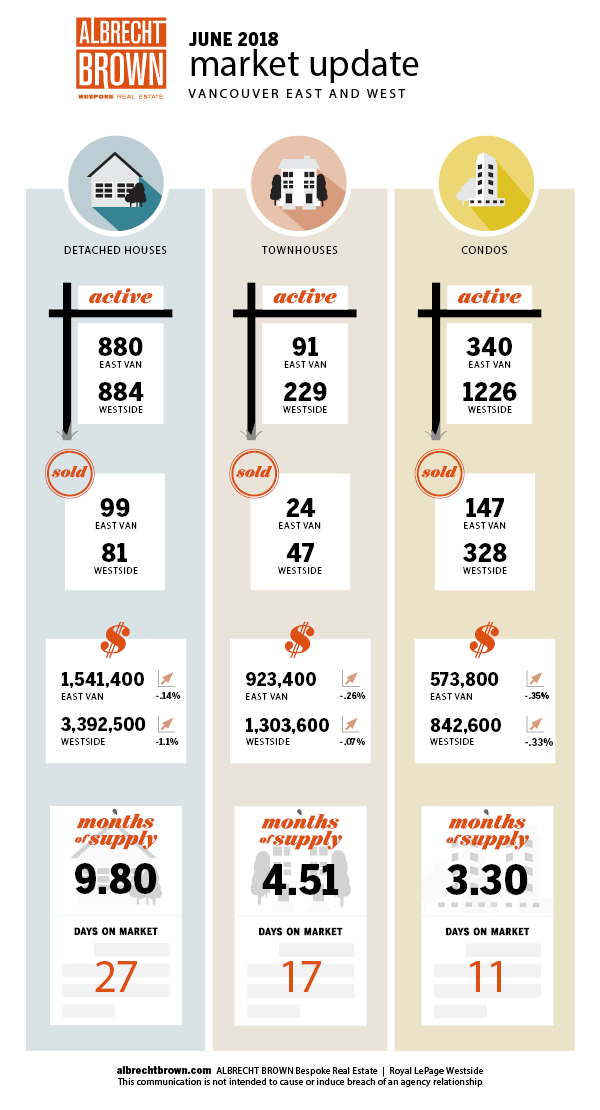