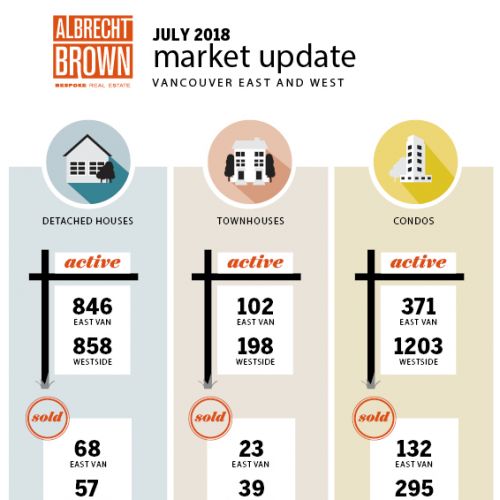 The headlines you’ll read about Vancouver real estate will be all about the low sales numbers. According to the REBGV sales last month were at their lowest number since 2000. For Vancouver specifically, we were 30% below the 10 year average for sales in the month of July.

For the last three months we’ve been mirroring very closely the pattern we saw in 2012. This past month we were only 14 sales under the sales that took place in July 2012. That year was the last time that our market saw any kind of significant correction. Starting in late summer and through to the end of 2012 sales numbers and listing numbers were subdued. Home prices were impacted and fell by an average of about 5% as a result…but the market rebounded quickly in the spring of 2013.

The next six weeks or so are typically a slower time for sales and listings. Given that most sellers don’t feel that now is the right time to sell, we suspect this pattern will be exacerbated…but there will likely be a higher amount of inventory in the fall months. That may be an opportunity for savvy buyers and investors to snap up property at what may be bargain prices. 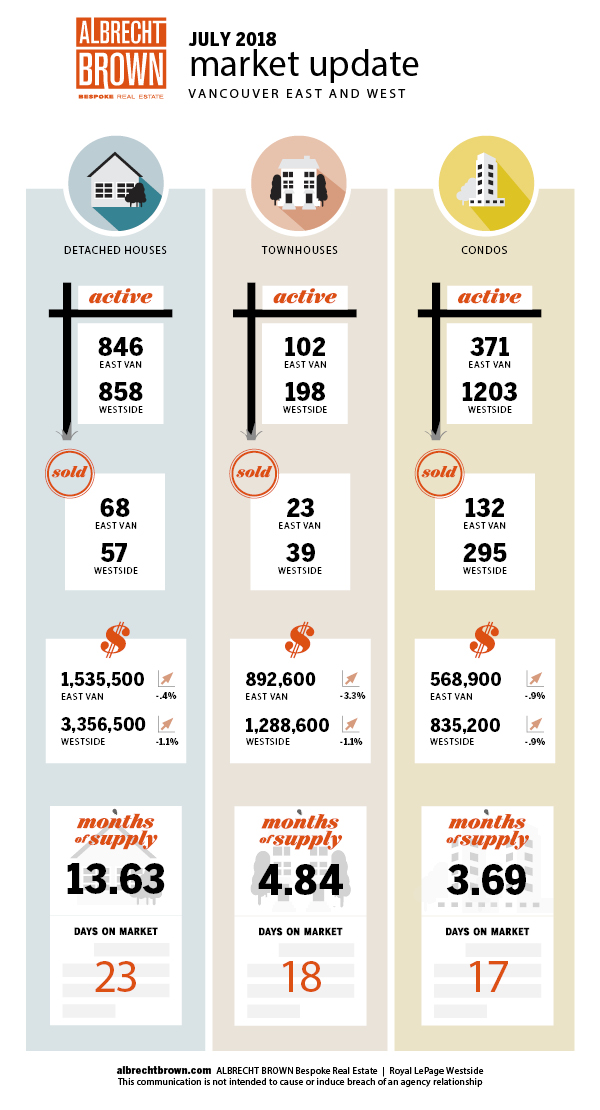